Yes! The rules have changed regarding IELTS for Temporary Graduate Visa Subclass 485 (popularly
known as TR). This is the best and positive sign that we have seen in years. Be Careful! However,
because as of now, it may not apply to you personally.

DIBP has changed its requirement regarding IELTS for TR to overall 6 with each band score of at least
5 which is good news for many of the students who have been hanging at just under 6 in one of the
band. This is also a progressive sign or a sign that the government is willing to welcome and retain
more people in Australia unlike the previous government policies during the GFC where they were
repelling the migrating and securing Australian employment. The rules can be followed by several
other good news for us as an industry and as a countryman.

However, at its current position, the rule does not favor all but limited people. Even if, DIBP has
changed its position and requirement, the main skill assessment bodies have not changed or moved
down their requirements. General, it is expected (and let hope) that they do change alongside with
the immigration department, however, it is not necessary or compulsory for them to change or lower
their own requirement. Skill Assessing Bodies are independent and can determine their own
industries’ English language requirement for the skill assessment along with other requirements that
are different than as required by the department. Given that Assessing bodies have not changed the
required as yet, not all of occupations can be assessed and hence not everyone will be able to
benefit from the rule changes.

Some of the skill assessment bodies do not need English requirement for skill assessment. As such,
Students in those occupations will definitely benefit from the rule changes. In particular, the IT skill
which is assessed without the English language is going to be most beneficial at present with the
policy change and it might be true that the rule is favoring the sector which has been hard hit due
to lack of skill occupations even in the regional sponsorship list. At the same time, it is going to be
good for other skill that does not require English score of 6 to be assessed.

And then, there is the Post-Study Work (PSW) students who have applied and were granted a visa
after Nov 2011. These people do not need a skill assessment as such. And so, not requiring skill
assessment they will be able to apply for TR with the reduced score than the previous score they
were not able to obtain. This is as the PSW are granted TR without skill assessment just once they
complete their studies. And, so they will widely benefit from the changes. This might also be a
reason the changes were implemented as they want to attract and retain these new students and the
next lot that is coming. After all, Australia need students for the good life of Australian as much as
students need Australia for good life in a developed country. Without the students flow, the city will
literally stop. And I am serious; half of the building in the city is related to education industry
whether it is an educational institute, migration consultancy or some other related one; without them Sydney bends on its knee.

And here is the biggest trap. Even if you get TR by less than 6 score as per the new rule, you will
need 6 for the PR though. Unless further rules changes, you will need each band score of 6 to apply
for PR once you have sufficient points. So it is like ya you will be allowed to obtain TR but you will
not get PR unless you get 6. Now for the movement the choice is you’re whether you want to get 6
now or in future. Think Hard! Or let’s think together! 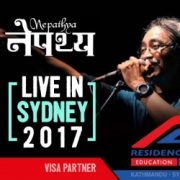 Residency Guide as visa partner of NEPATHYA Tour in Sydney 2017 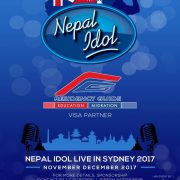 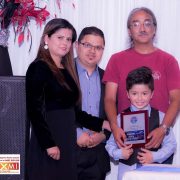 Want to join the discussion?
Feel free to contribute!

Residency Guide as visa partner of NEPATHYA Tour in Sydney 2017